My joints ached in a way I had never felt. My limbs demanded rest, and my eyes wanted to oblige, as their lids fought downward. The calming noises of the rain against the pavement and the depot’s sheet metal roof may as well have been lullabies.

Darkness encircled my mind. But a nagging sound beyond the rain set hooks into my thoughts. It was a familiar noise, a scraping sound. Muffled by the rain, it was elusive, fading in and out. It was almost like the sound of Mr. Walters’ leg.

The leg was a finely crafted Jameston prosthetic when Mr. Walters left Earth fifteen years ago. The problem was he didn’t plan on the settlement’s engineering team’s lack of time and resources to help him maintain it. On a semi-monthly interval, it locked up. Mr. Walters would have to drag it across the floor when he walked, and for a day or two, until they could fit him in and work on it, the scraping of his leg along the floor could be heard across the complex.

But, Mr. Walters was out in the rain. I had seen him flopping and convulsing on the ground as I backed into the depot. That can’t be him.

Forcing my eyelids apart, I gazed across the motor depot, and through the twenty foot garage door opening. The red rain hammered the ground. The soil around the complex had swollen, washing puddles across man-made surfaces. Splashing droplets of reddish brown mud lifted into the air, again and again, as diving liquid pounded into the planet.

Was I imagining it? I squinted, as I looked into the wetness. The noise had ceased. I sighed and blinked with a heavy restful breath. And scrape, echoed along the depot’s depths.

My eyes sprung open. My head swiveled back and forth as I heaved my body onto my feet.

Scrape, crossed the depot from the left.

I stepped away from the feeling of safety I had built for myself beside the rover’s wheel. Moving toward the smaller quads on the left, my head bobbled left, then right, prying for a glimpse between vehicles of the invisible Mr Walters.

“Mr Walters, is that you?” I inched closer to the quads.

An ear piercing boom rattled the depot, and its contents. A white flash cracked into the ground outside the gaping entrance, and I was smacked with a wave of pressure and static. It lifted me from the floor, and slammed me into the rover.

As I lifted my head, the rain dropped it’s last drip, and the barrage of noise against the ground and roof fell quiet. I was overcome with a felling of awkwardness. I shouldn’t be here.

Crack burst from the rover’s metal frame above my head. A flailing orange tentacle wiggled along the vehicle. White spikes ripped holes in the rover’s shell as the orange abomination moved.

“Shit!” I ducked and rolled forward onto my feet. Jumping up, I spun to see the source of the orange tentacle.

In front of the quads was a tangerine nightmare. A blob of rippling flabby tissue, suspended in the air by at least twelve quivering spiky appendages. At the end of one tentacle swung Mr. Walters’ locked up prosthetic. At the end of another was a vague melted resemblance of his face.

The creature raised its front half. On its belly opened a hole, lined with thousands of white serrated spines. The beast’s hole vibrated as a high pitched squeal blasted into the depot.

Trying to shield my ears from the pain, I slammed my right hand over one, and slammed my stump into the other.

“Fuck!” The pain in my stump ricocheted down my arm and into my chest.

The abominations appendages lifted into the air and swung, swirling like a cowboy’s rope before his lasso’s sent soaring after a bull.

No, no, no, my eyes watched as spines swung in circles.

Crack, spines dug into the cement floor and the rover. The abomination yanked itself forward, throwing its body after me.

I saw the door, the entrance to the main complex, and I pushed my legs. I pounded my feet downward, hard enough that I felt the floor moving as my body thrust forward. Step after step, I pumped and hammered my legs, while I knew, there were only inches of safety behind me.

Crack, crack. Crack, crack. The sound of slamming tentacles, vibrated my flesh. I could feel its wide spiked mouth breath and suck at the air around me.

I extended my hand as I neared the door’s controls. Slamming my palm into the control pad, I flung my body through, and smacked the emergency seal on the other side.

The door closed to the thump and rhythmic impacts of a dozen tentacles.

I dared to peek through the door’s window. As the emergency shield closed in front of the exit, I could briefly see past the orange monstrosity, and he wasn’t alone. Flowing through the depot’s garage doors were dozens of things, scurrying, lumbering, and slithering.

The shield clunked into place. Down the empty complex’s hallways, I heard a followup series of clunks. The doors were secure, all of them.

Leaning on my knee, I shook my head, and worked to catch my breath. 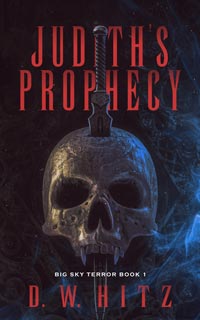 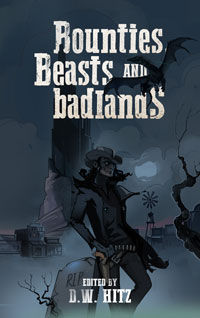